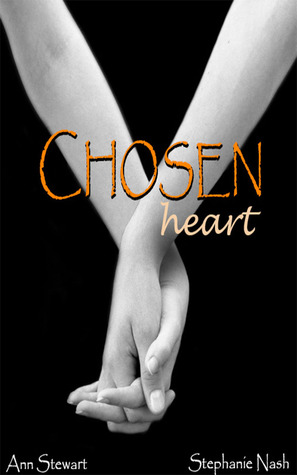 **Intended for Mature Audiences Only (18+)**
Elyssa Hart has tried to forget that frightful night during her freshman year of college. Since then it’s been hard to let anyone close, which is why she only has one friend near and dear to her heart. Forsaking all others, she lives a silent, lonely existence. That was until she jumped into the next chapter of her life; Sales Executive at the prestigious Salerno Health, Inc.

The moment she met the always calm and collected Alexander James, her life was set on a new path. One moment she’s slowly falling in love and the next she’s plummeting painfully to the ground with the realization that you don’t marry your dirty little secret; you keep her in the closet. That was, until she found out she was not his only kept secret.

Will the enigma of Mr. James be more than Elyssa can handle? Or will she choose him, like she promised she always would.

SWOOOON. Like seriously, this was one hot/frustrating/heart-stopping book. Hehe YAY! 🙂

So, I read the blurb with this one, and I was completely freaking out because it sounded like my kind of book, and totally drew me in from page one. I loved all the lovable characters, and totally HATED the others that were sooo not meant to be (ahem, Arianna, ahem) 😉

This book had soooo much going on that it deserves a good gush.

First, let’s take a moment to appreciate that totally swoonworthy, hot man of senior VP. He, and the plot twists and story, kind of made the entire story for me.

He was a little overbearing at times, but dang, was he some fine stuff. What I like most was how open he was to Elyssa. He’s intoduced as this moody executive who’s really hot and cold, but as Elyssa gets to know him better, he’s really able to reveal a new side of himself, the caring and kind *sigh* part. The parts with Nana were just soo heart warming, and I think they were teh scenes where he let himself go a little more too, and I of course LOVED that. 🙂  He really lets his secrets go, and even though they threw me for a loop, this was SUCH a good ride!!

I don’t know how much of a heart I have left, but what’s left…it belongs to you.

WAIT NO. THIS ONE.

How could I leave you in the dark when you are my light, leading me away from the dark place I’ve been for so long?”

UGH i mean, IDK. There’s just so many. But, just read the darn book for those. They will make it such a good read 😉

But, seriously, this book was the definition for books that need disasters to make it good. First of all, Cole? SERIOUSLY? OMG. Cole was a little painful to watch. I was cheering Alex and Elyssa SO HARD the entire time, and man, did Cole ruin things, big time. I was   a little mad at Elyssa for not cutting him off, because, ugh he’s just problem, and I get why she didn’t, but it was just frustrating. I mean, on one hand, she has this totally hot man that she’s falling in love with, and on the other, the ex that she can’t seem to get rid off. AH! So crazy.

Basically, that was my relationship with her. First of all, sooo jealous of her, cuz you know, Alex and all. And then there was her whole relationship with Cole, and insecurities and all. But then, her family was awesome. Her sister and brother-in-law-to-be are soo cute, it made my life, and hers, so much happier. And then, there’s her past, which while kind of tragic will mess up some things. Greatly. (SPOILERS NOT GIVEN) 😉 But, Elyssa herself was a beautiful character. I felt like she gave everything to her relationship with Alex, and seriously, she did the right thing at times, because men can be such pains at times. YAY, ELYSSA! (and I really liked her name. 🙂 )

Overall, there was just soooo much going on! Personally, I thought it was a little too much everything; too many insecurities, too much jealousy, too much intensity, and DEFINITELY too much heat. (those last two, I’m not complaining 😉 ) I mean DANG. Then, there were the twists and then the TWIST. I loved it. I mean, even during the story you got the feeling there was something there, but I did not put it together until it slapped me in the face. #plottwist!

The story felt a little stretched out to me, but it was a really good love story with GREAT character backgrounds and histories, and even though I felt like the romance and chemistry between the two started a little too fast, I loved the fact that they were able to get through their differences, and become a couple that I was rooting for with every inch of my being. Total sucker for happy endings here. 🙂

OH BUT THATEPILOGUE THO. THAT JUST MADE THE STORY A HUNDRED TIME MORE FRUSTRATING, in the best way of course! CLIFFHANGER ALERT to the MAX!!!!